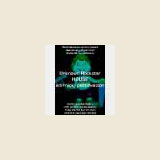 The Unknown Rockstar uses and abuses instruments and other bits and pieces to amuse and bemuse audiences in Wellington and occasionally elsewhere.

Alex mackinnon as HOUSE = guitars and nails and tapes and alot of nothing.