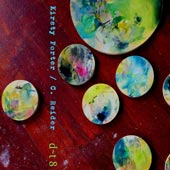 Pop along for an early-ish set from Kirsty with long-time co-collaborator Sarah Bingle and Rob Thorne followed by the BBQ Doom trio SEPTITHE fresh from the broiling storage containers and shipping crates of Auckland!

Performance start at 7pm ON THE DOT! being on time is really cool. KOHA entry.