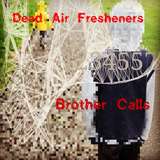 A new age monster is born in a playground. Before the children and before the weather an assemblage was recorded. Two brothers had a dialog that sounded like a monologue. Nobody knows what happened to the number six. One xylophone and three metal flowers, occasionally three analog tone generators we found in the street. One brother calls another. Van, garage, and hotel room studios. Press rewind.

A little different to their previous albums with us, but still with their distinctive aesthetic.